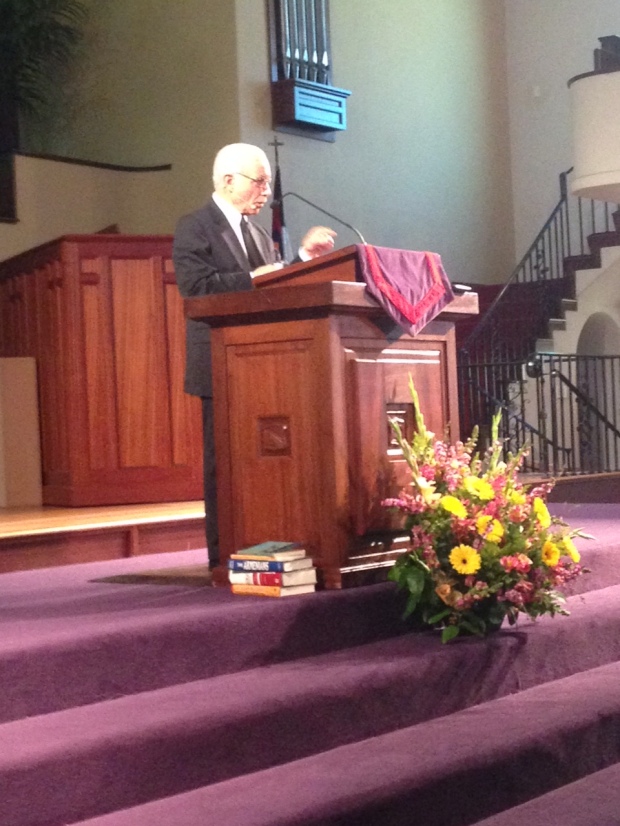 In April 1915, an edict went out from the government of the waning Ottoman empire for the removal and execution from what is now Turkey of every Armenian, man, woman and child. Over the next ten years, approximately 1.5 million Armenians were killed by gun, sword, drowning, crucifixion, immolation and more. Raphael Lemkin, a polish lawyer who spent his life working to prevent and punish those responsible for mass killings, coined the term “genocide” to describe what was done to the Armenian people.

On April 24, 2015, the nation of Armenia and the Armenian diaspora pause to grieve this atrocity, to give thanks for those who came to their defense during this time of terror and to protest governments, including Turkey and the United States, who still will not acknowledge this event for what it is: a holocaust upon the Armenian people.

The Glendale City Seventh-day Adventist Church is located in a city adjacent to Los Angeles whose population is made up of over 100,000 people of Armenian descent, almost half of Glendale’s citizenry. For the past 35 years, the church has hosted an Armenian-speaking worship service on its campus each Sabbath in addition to having a number of Armenian-descent members who worship in its English-speaking worship.

On April 18, this congregation hosted a Day of Remembrance, a collaborative worship gathering hosted by the English- and Armenian-speaking congregations. Dr. Hovik Saraffian, the pastor of the Armenian congregation and a voice for Armenian Adventists around the world, presented the history of the genocide, called for Turkey’s repentance and expressed confidence that God’s righteousness would ultimately be triumphant over all evils in our world. The 40-voice Armenian Society of Los Angeles Chorus provided traditional Armenian songs that celebrated the heritage of the Armenian people, lamented the atrocities of a century ago, grieved God’s apparent absence during this awful time and, at the same time, celebrated God’s work in courageous men and women who stood up to do the work of God in the face of monstrous violence.

Over 100 guests of Armenian descent attended the Day of Remembrance. Afterwards, you could hear people sharing the stories of their ancestors, how their parents made it to an orphanage or how their grandparents were able to escape to a neighboring country. One guest told me how her mother was being taken by boat with dozens of others into the Black Sea to be drowned. Just before she was thrown overboard, she was pulled aside because the executioners thought she must not be Armenian because of her blonde hair and blue eyes.

For those in attendance who were not of Armenian descent, it was an eye-opening experience to be immersed in the story of the genocide. Because the events that began in 1915 have never been formally acknowledged by the United States, many Americans grew up, myself included, never having a history lesson about what happened. Many people expressed their gratitude at the opportunity to learn of this history and experience the sorrow of their Armenian neighbors.

Hosting this gathering is part of Glendale City Church’s commitment to be an Adventist Peace Church working to follow Christ’s call to bring peace into our city through community service, ecumenical relationship-building and gatherings that highlight the need for and celebrate those who do the work of peacemaking locally and around the world.

The Day of Remembrance service can be viewed in its entirety online at www.CityChurch-Online.org.

← How will your congregation mark Memorial Day?: A Liturgy for Adventist Peace Sabbath, May 23
APF Listed in Best Practices for Adventist Ministry →